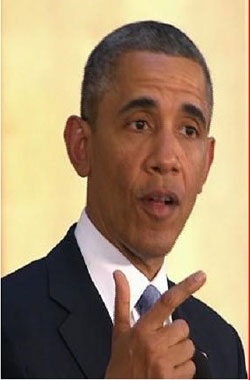 President Obama visited the State University of New York at Buffalo in August to unveil and explain his plans for higher education reforms including rating schools the way they prepare students for careers - as the federal aid will be purely basis the college performance; further universities were sent across notices that they might have to change the way of doing business now on.

We all are aware that President Obama's college affordability plan got eclipsed by the turmoil over Syria issue now followed with government shutdown - however they claim that it will be back this fall when hopefully and by that time the true benefit of it will get an airing.

The proposed Education plan has started receiving mixes reviews - feedbacks and acceptance levels from the educators - US department of education is currently busy deriving the new ranking system that could and would be implemented by the year 2015 academic year - while it will also be published on the education department’s college scorecards. The idea behind the ranking systems it to rate the institutes basis their affordability - number of students who availed Pell grants - loan debt loan debt - graduation rates and earnings graduation rates  and advanced degrees earned by students. A lot of the data and observations from the aforesaid are available at U.S. education department and Bureau of Labor Statistics; whereas appropriate data about graduate earning has been a challenge for the department of education and are rigorously working to collate it from schools and colleges; which are required by law to release it.

The plan sounds like an appeal to the middle class, but it could prove more a boon to minorities and students from low-income families. And therein lies a long-term impact that could be bigger than either of the stories dominating the news.

Simultaneously the Obamacare has also been witnessing resistance from everyone for some or the other reason…however it seems the dust is now settling…the statements made by some of the leading personalities including Senator Rand Paul - gives hopes - that there is some steel in the suggested Obamacare strategy which now other have also started agreeing upon It seems. A lot of queries have been making rumors and so here are the top 20 things to know about the Affordable Care Act.

The best thing that you - me and in fact we all can do right now is just to wait for some more time and see what America –and specially President Obama has for us in the Pandora box whether  it is the Obama education plan or the Obamacare, the Syria issue or the Kenya mall attack.