Music, a language that is spoken and understood across the world. The texture of music has kept on changing and evolving since decades. There are various fields you can work or attain heights at within the music industry…where Composers are the one who write - arrange original music while a variety of musical styles are addressed to. Whereas Music directors who are also known as music conductors are the ones who lead musical groups and orchestras during live performances in public and during recording sessions.

Some of the important characteristics that an individual should possess in order to achieve success in this field of music are:

In order to enter this vast and dynamic world of music one must possess some of the basic talents including how to play - write and conduct music, required to become a music director – conductor – music composer.

Only talent will not take you where you want to go. It has to be a fine blending of talent as well as the discipline to practice constantly while seeking ways and means to improve the techniques and learning new styles; is what is required to become a successful identity in the field of music. 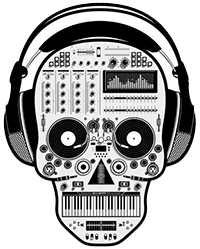 Agents – musicians – recording studio staff and many more are some of the people with whom music directors – composers and music conductors have to deal with day in and day out. This makes it mandatory for them to be friendly – respectful – open to criticism and praises – enjoying company of others and open to all still assertive. These qualities would help them give their best – work with a variety of people and compose the best of all.

It is a tiresome and frustrating process of composing – then submitting – ensuring no one copies or steals your composition and so on. The submission process may be the process which might take up numerous rounds of auditions while the job or the project o is finalized. This is the reason why music directors – composers and music conductors need the fine tuning of determination and perseverance for becoming successful in this filed.

Also not to forget, that these professionals rehearse and attend recording sessions usually during business hours – whereas the performances are held in the nights or at weekends. They have the privilege of setting their own schedules and their own rates depending on their caliber and popularity.

Studying music teaches discipline as well and hence a well disciplined person will not find it difficult establishing himself/herself as a music faculty doing training and research of music or in the music performance career or giving piano-guitar and voice lesions - music lesions or private music teacher lesions and assist people who search for music courses. One can also do value addition by speaking to people who are deciding on music schools, informing them about best music programs or taking up ethnomusicology degrees and finding musical instruction and guide them to college summer music programs. Spread the word speak to me"“before you apply to music schools".

Music directors – music composers – music conductors usually are engaged to lead orchestras and various musical groups. Their primary responsibilities include ensuring that the musicians play with one coherent sound – balance the timing – rhythm - volume. They also share feedbacks to musicians and section or group leaders so as to ensure that they can attain the style and of course the sound that is required for that particular piece of music. They are also actively instrumental in conducting youth orchestra or the orchestras being held at colleges and universities. You may also find them associated with orchestras that convoy opera and dance companies.

Also there are individuals who perform and are proficient as musicians – they usually play one or multiple instruments; being proficient with a variety of instruments makes them more marketable. They also perform at bands – orchestras – small groups at various events including weddings - private parties and clubs.

They are also found performing at bars – which is one of the tried and tested way of making enough fan following so as to get a recording contract or representation by an agent. Some individuals who are better at music as compared to others evolve as section leaders - assigning parts to other musicians or leading rehearsals/practice sessions. Sessions musicians are those who are experts in playing backup for singers or band leaders during recording sessions in recording studios and live performances.

Composers are mainly employed for writing music for various musical groups. They work in a particular style or segment of music including classical – jazz – rock and many more. They also cater their services to other musicians - write for musicals – operas - theatrical productions and many more. A lot of composers are also the professional who write scores for movies and televisions and a few more are active in writing jingle for commercials. There are also composers who are being hired by music publishers and music or films producers for writing music for music brands – music groups, and work abiding through contracts with these production houses. These music composers are also found using instruments while they write music – as a helping hand. Evolving technological advancements have now changed the scenario where you may find these music directors – composers and conductors using software – enabling them to work independently without any musicians.

Other careers in music industry are kind of in house professions such as studio teachers – early childhood music educator – school music educator – music consultant – music supervisor – music professor – university music school administrator. These are all avenues which are been invaded by a lot of people. Apart from these; the freelancing careers in music industry are at high time boom and are flourishing day in day out.

For attaining an identity in the Music industry – field, it is mandatory for an individual to possess the basic talents to play – write - compose and conduct music. It is so because music composers usually seek employment by means of submitting recordings of their performance and compositions to various music bands – singers – music studios and movie studios as well at times. They also have agents to represent them to various music companies to bring them more and more performance opportunities.

Music education from top music colleges and universities and training requirements are different for music directors and music composers. A music conductor at a symphony orchestra is supposed to possess a master’s degree and called as master of music in composition whereas a degree of bachelor of arts in music would suffice in case of a choir director.

It is not at all mandatory to attain educational or music degrees from music academy including graduate diploma in music - music certification exams - college of music – bachelor of music in music therapy from any of the specialist music schools or any of the community music schools in the united states for writing some good music – it is the talent which will drive you.

Individuals interested in working as a music conductor or classical composer are usually preferred to have a degree in music theory - music composition and or music conducting. Eligibility criteria for admission to these degree programs can be earned by submitting recordings of their own performances or audition to a panel of some of the renowned musical personalities; or both.

Knowledge about history of music – various styles of music – techniques of composing as well as conducting music is imparted in these degree programs.

Anyone in the music fields usually begins the musical journey at a very young age or as a child while giving performance of musical instruments and playing some of the instruments – or at times learning how to play an instrument. Music directors and music composers who intent to make a career or are inclined towards classical music are supposed to seek additional training from music camps and fellowships providing classes – lessons and performance opportunities as well.

Employment in music industry is expected to grow by 10% from 2010 to 2020 – which is approximately in pace with average of all other professions. This growth is expected out of the increasing demand of musical performers – composers – conductors and directors.

All these would lead to an increase in the demand of professional musicians including musicians and artists, instruments and makers who would write original music or compose fresh music and also arrange music for concerts and performances; while we should not ignore the massive contribution of demand of music in commercials – films and television industry as well. It will also enhance the importance of music education in colleges and universities as well.